“It probably isn’t just a concept.” That’s what we said when we first set our eyes on the Porsche Panamera Sport Turismo wagon concept at the 2012 Paris auto show. We figured it was primarily a design preview for the second-generation Panamera, which launched last year. But we also speculated and hoped that it would also preview a new body style, one that would complement the regular hatchback sedan and its long-wheelbase variant.

Lo and behold, it’s here. Porsche will indeed make a station wagon—there’s a phrase we never expected to type—version of the Panamera, and its name will be the same as the earlier concept car’s: Panamera Sport Turismo. 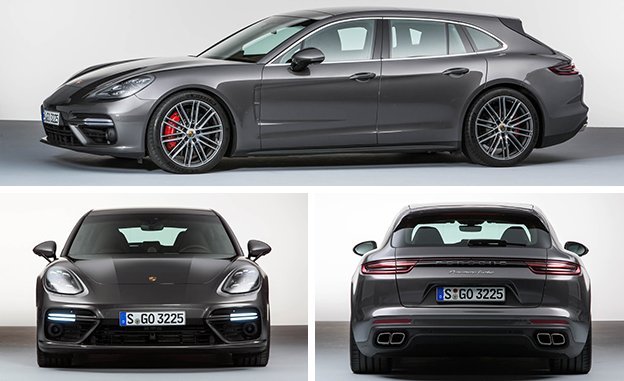 The new model rides on the same wheelbase as the fastback regular Panamera (there will be no long-wheelbase Executive version). It’s neither longer nor taller, but the roofline is elongated, providing additional rear-seat headroom and a slightly larger luggage compartment.

Below its skin, the Panamera Sport Turismo offers most of the regular model’s powertrain options, but all-wheel drive is standard. The entry-level model will be the 330-hp Panamera 4, the 440-hp 4S is one step up, and there will be a turbo model with 550 horsepower. Friends of electric mobility may opt for the 462-hp Panamera 4 E-Hybrid Sport Turismo. What’s missing is a Panamera Turbo S E-Hybrid Sport Turismo, but don’t fret: We hear that such a 680-hp range topper will be added to the lineup sooner rather than later.

While the regular Panamera, thanks to its large hatch, already is more practical than most luxury sedans, the Sport Turismo widens the gap. There is simply nothing else like it on the market. Audi’s A7 is significantly smaller inside and based on the A6, a car positioned a class below the Panamera. The same is true of the Mercedes-Benz CLS and its not-for-the-U.S. Shooting Brake version, which will be killed in the next model generation. The Tesla Model S is similarly large, but that electric dragster/limousine plays in a class of its own. Some customers may cross-shop the Mercedes-AMG E63 wagon. 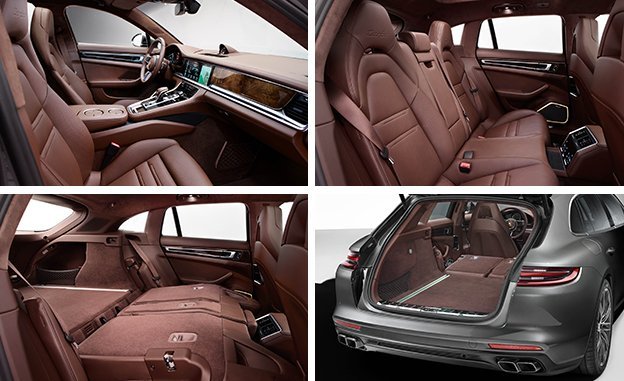 The main reason to opt for the Panamera Sport Turismo won’t be the added space, although it offers a three-place back seat (which can be reduced to the Panamera’s standard two), 1 cubic foot more cargo capacity than the standard model with its seats raised, and 3.0 cubes more with the rear seats folded.

The main drivers for this version will be styling and prestige. Today’s standard Panamera looks a lot better than its hunchbacked predecessor, with a sleeker profile and cleaner lines, but the Sport Turismo adds an element of extravagance and a distinctly European flair to Porsche’s top-level offering, and it has its own, distinct roof spoiler. At lower speeds (up to 55 mph in Sport and Sport Plus modes; above 105 mph in the more efficient modes), it is trimmed to minimize drag; above that, it automatically raises to minimize lift, and when the panoramic sunroof is open, it assumes a third angle deemed ideal to reduce wind noise. 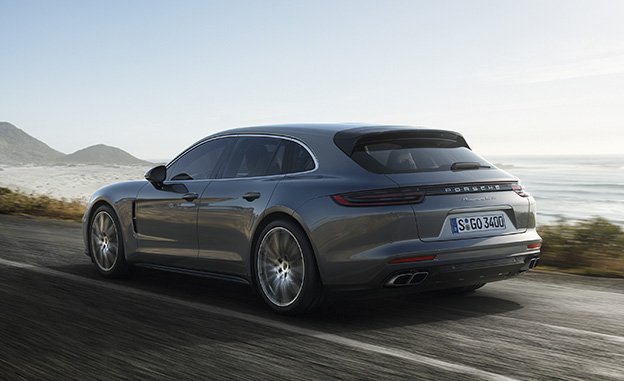 Yes, there are still people around who view station wagons as old-fashioned. But those, we submit, are precisely the kind of people that Sport Turismo buyers aim to distance themselves from. This is a luxury car for the avant-garde.

The Panamera Sport Turismo will come to the U.S. market in the fall, priced at $97,250 for the standard Panamera 4, $110,250 for the 4S, and $155,050 for the turbo version; the E-Hybrid model will be priced at $105,050. In that class, Porsche probably won’t have to jack the car up on its suspension and give it SUV-like cladding to get buyers into this new station wagon. But then, we didn’t expect Mercedes to do that to the E-class wagon, and it has.