Source: Car and Driver
Full Article: Advertising the 1990s: It Was Longer Ago than You Think 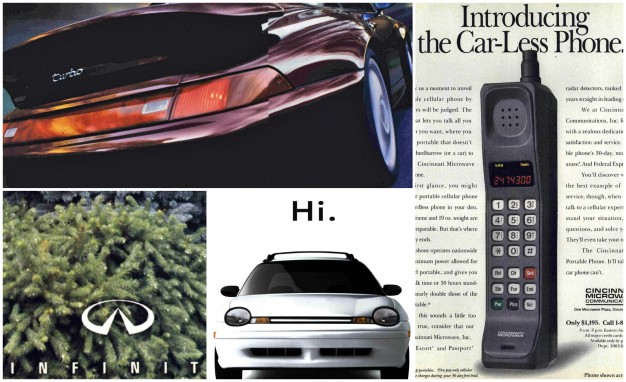 Ah, the 1990s. Not yet seen in the retro-ironic light that has washed over the ’80s, and yet they’re now officially a generation ago and things really were different then. Advertising is nothing if not a cultural barometer, and this roundup of ads from the ’90s provides a good indication of which way the winds blew.

To realize how long ago it was, note the ads from relatively newfangled Japanese luxury-brand startups Infiniti and Lexus. We also see a last gasp from Alfa Romeo (for a while anyway) and the introduction of a new sports-car icon, the Mazda Miata. Some well-known campaigns from the era include Porsche’s, which combined high-art photography with minimal copy, Nissan’s appeals to dog lovers, and a cartoon camel selling smokes. Note: You can click or tap the ads to enlarge. 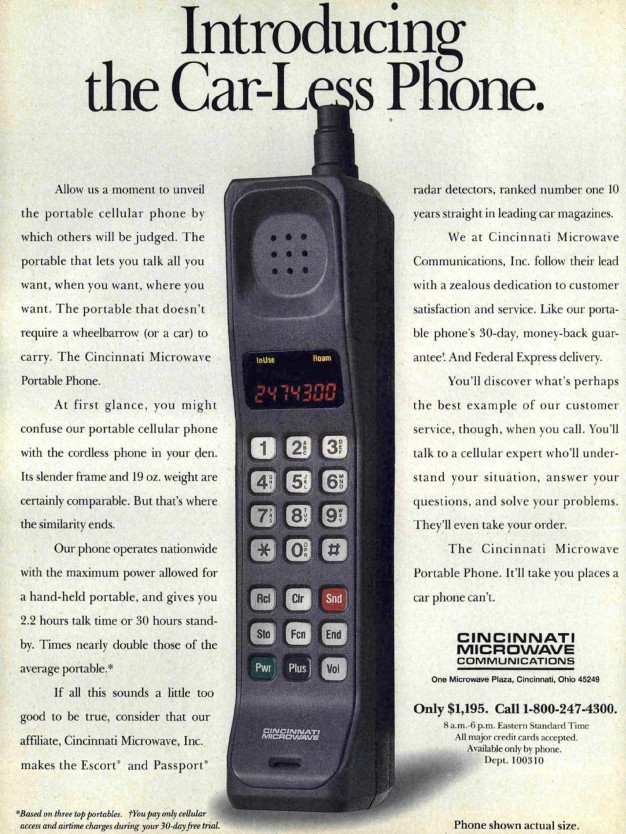 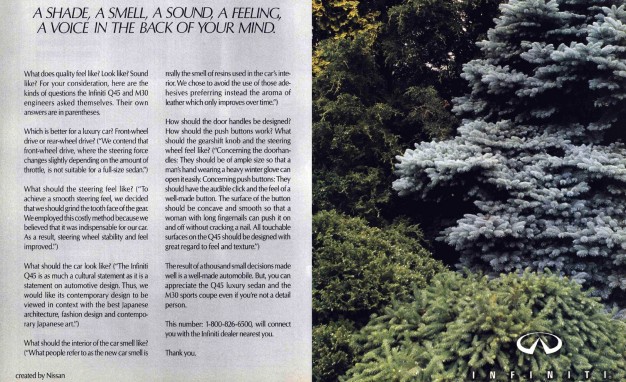 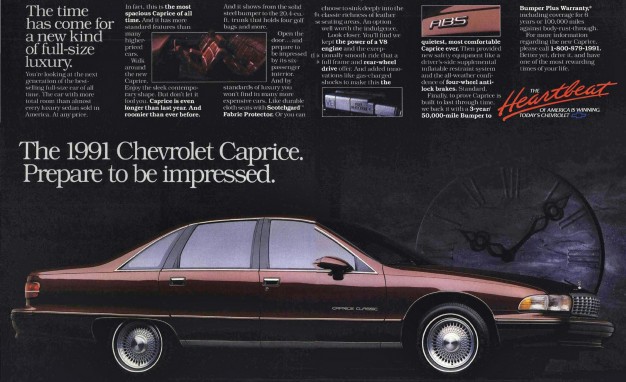 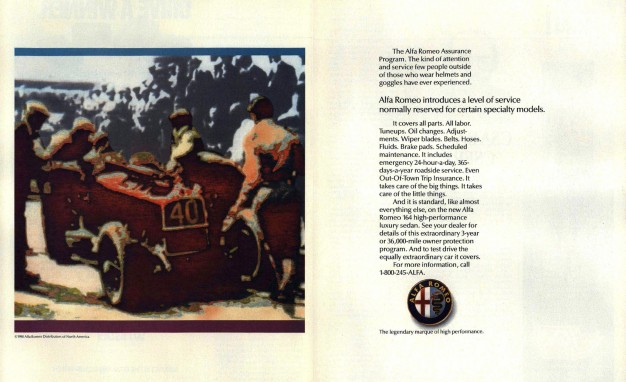 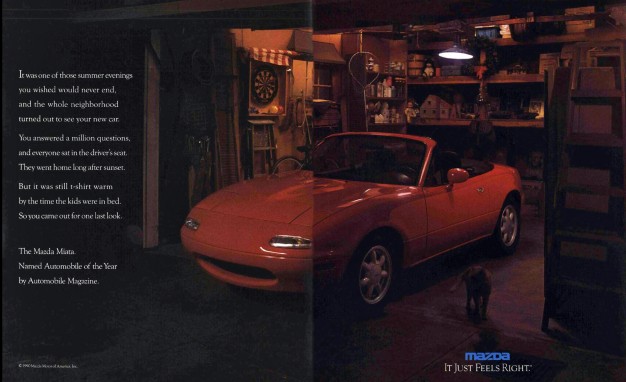 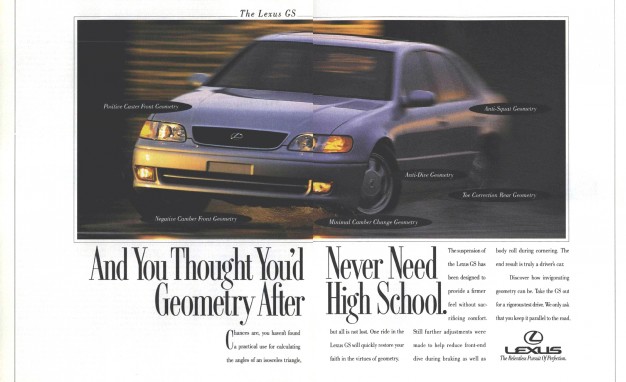 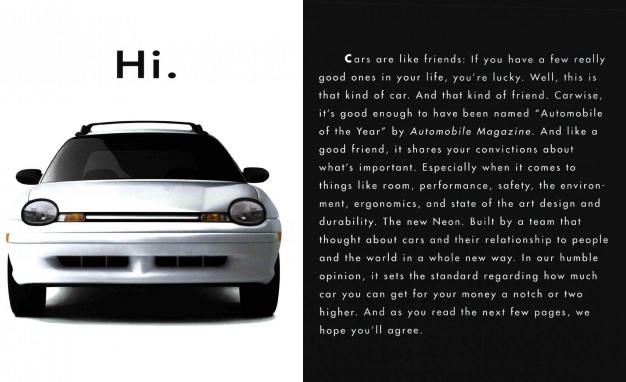 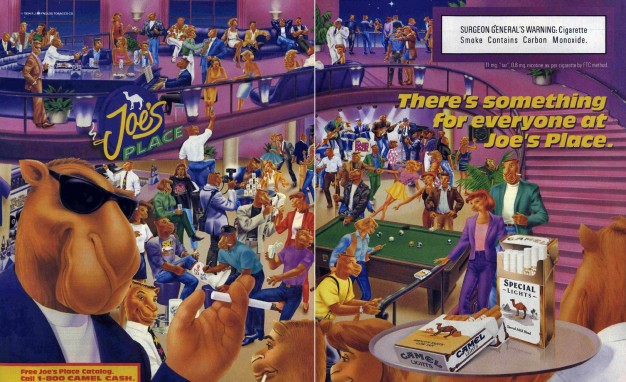 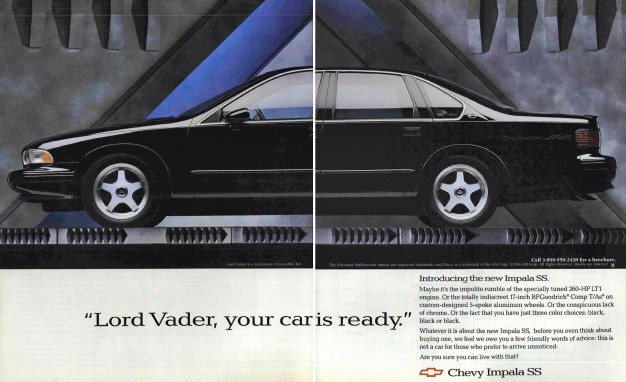 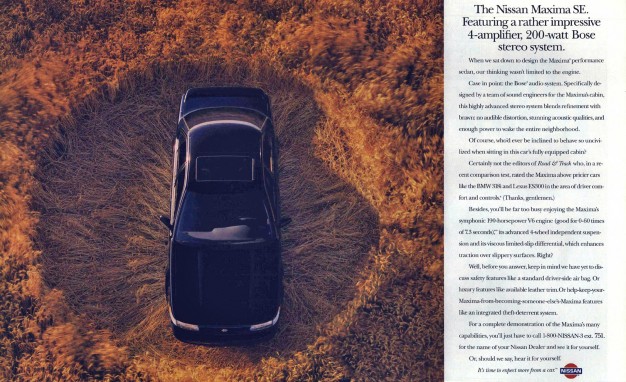 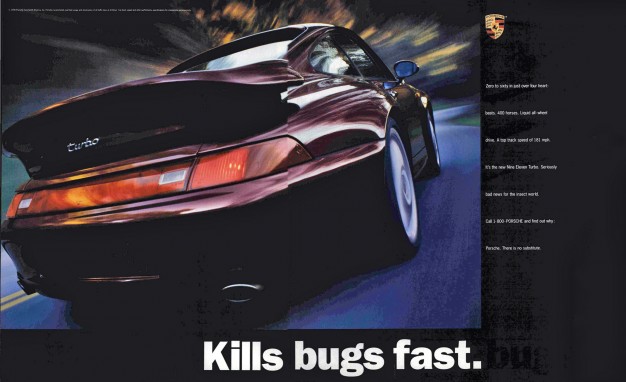 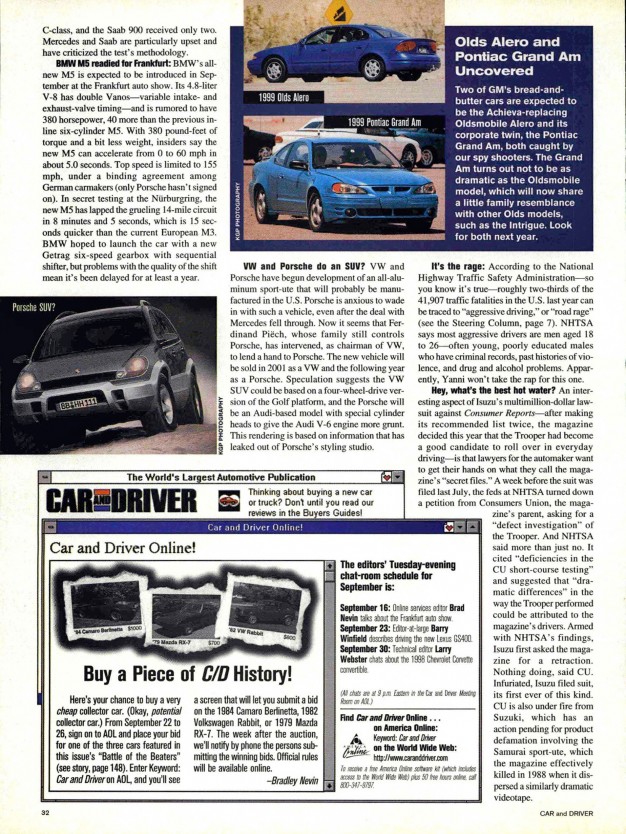 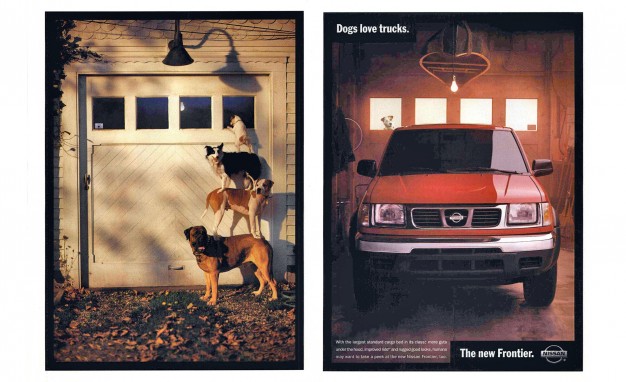