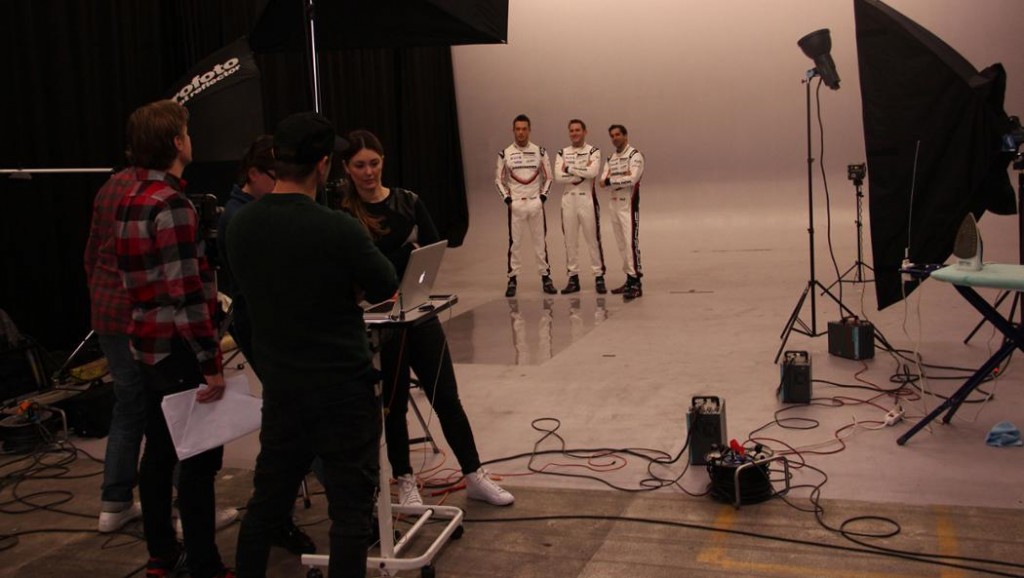 The preparations for the new WEC season are well underway. And it wouldn’t be WEC season without new autograph cards for the LMP1 drivers. A glimpse behind the scenes of the photoshoot.

This year, Porsche goes into the nine races of the FIA World Endurance Championship as defending champion. The two 919 Hybrids will once again have the starting numbers 1 and 2. There have been a few changes in the cockpit. Following the departures of Romain Dumas, Marc Lieb and Mark Webber, three new arrivals will strengthen the team.

Two come from the current Porsche factory driver line-up: New Zealander Earl Bamber and Briton Nick Tandy. Both already have experience in the 919-Hybrid. In 2015, they took to the track in the 24 Hours of Le Mans in a third Porsche LMP1 alongside Formula 1 driver Nico Hülkenberg, winning the race convincingly. The third newcomer, André Lotterer, has already achieved three podium finishes at Le Mans. The Audi factory driver was the World Endurance Champion in 2012.

In the 919 Hybrid with starting number 1, Lotterer and Tandy will share driving duties with the reigning World Endurance Champion Neel Jani. New Zealanders Earl Bamber and Brendon Hartley will be joined in the cockpit of the number 2 car by Timo Bernhard. However, the 919 that will appear this year is a technological evolution – with a new colour design, optimised aerodynamics and revised components. The vehicle will officially be introduced on March 31 at the WEC Prologue, taking place in Monza for the first time.

Catch a glimpse behind the scenes of the LMP1 photoshoot here: