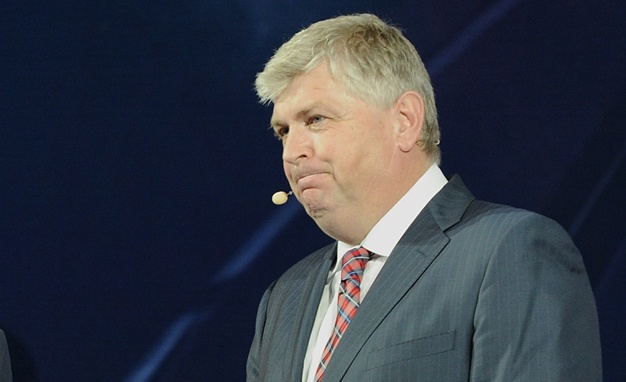 Porsche has announced that Wolfgang Hatz, the R&D boss who has been on leave since the start of the VW diesel emissions scandal last year, is leaving the company by mutual consent.

The official release has clearly been translated from German, and, we suspect, under the close supervision of a roomful of lawyers. We feel it’s worth sharing some of its ultra-cautious language in full:

“At the very beginning of the diesel issue in the Volkswagen Group in late September last year, Hatz went on temporary leave as a precaution. Since then, he has been involved in the investigation, though enquiries have shown no evidence of any co-responsibility by Hatz so far. Nevertheless he has decided to leave Porsche AG due to the ongoing internal investigations and his resulting prolonged leave of absence.”

Hardly a ringing endorsement, but probably the best that Hatz could have hoped for given the circumstances. He had been Porsche’s director for R&D since 2011, holding the job in parallel with his other role as overall head of engine and transmission development for the whole Volkswagen Group. We’re still trying to find out if he is simultaneously leaving that role, and we will update the story accordingly when we find out.

Hatz served as head of the Porsche’s huge Weissach engineering site and was one of the guiding forces behind the hybrid 918 Spyder, the Le Mans race program, and the development of the Mission E concept and the production car that will be spun off it. Prior to coming to Volkswagen, he had worked for Fiat, General Motors, and BMW, with career highlights including leading the development team that created the four-cylinder engine for the E30-series BMW M3. During an earlier stint at Porsche, he also served as head of the company’s ill-fated attempt to return to Formula 1 engine supply in the late 1980s.

Beyond the dry facts of his resume, Hatz was also an unabashed car guy, and one who was often happy to go considerably further onto the record when talking about future models and strategy than his PR minders wanted him to. For that we’ll miss him, although at the age of 57 there’s a very good chance he’ll turn up somewhere else.

Hatz’s replacement is 51-year-old Michael Steiner, formerly one of Hatz’s deputies, who has worked for Porsche since 2002 and previously was head of the Panamera model line and of the company’s Complete Vehicle Engineering/Quality Management division. We’re looking forward to finding out if he is as talkative in interviews.