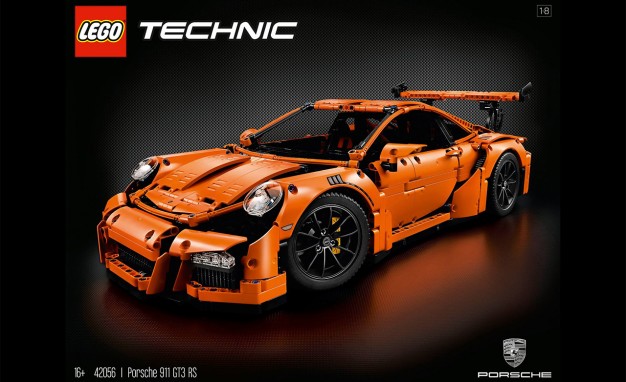 When photos of a Porsche 911 “prototype” Lego kit leaked out of a German toy show earlier this year, we figured the swirly camouflaged sports car rendered from everybody’s favorite building blocks was the real deal. As in, we figured Lego planned to sell customers a Porsche 911 wearing full-size prototype camouflage of the ilk often seen in spy photos. A bit of a narrow scope, for sure, but endlessly cool nonetheless. It turns out, Lego was playing coy, and the camo on that 911 kit was actually there for camouflage purposes, as it would be on a full-size car trying to hide in plain sight. We know that because the “production-ready” 911 GT3 RS–aping Technic kit has officially debuted—sans camouflage. 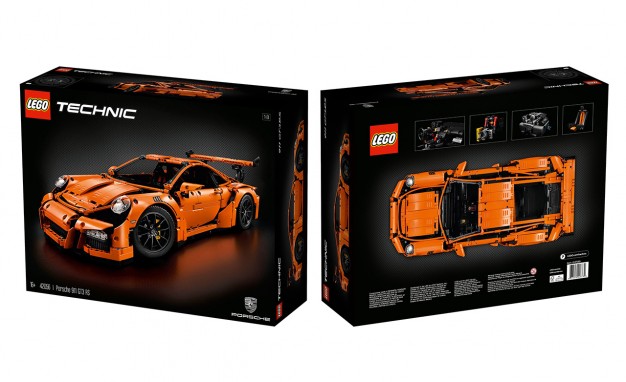 If you’re wondering why this 911 model appears slightly, er, emaciated, that’s because it is being released under Lego’s “Technic” product line, wherein models are rendered in a more technical look. (Vehicles from the Creator line, such as the Volkswagen T1 Camper Van, the Mini Cooper, and the Ferrari F40, are more fully formed.) In place of the prototype Lego kit’s camouflage body panels are pieces rendered in a bright orange hue like that available on the real-life 911 GT3 RS. The wheels are neat, scale versions of the GT3 RS’s rims, too. If you squint and sit back, the kit does look like a Porsche, although we must admit that the proportions are slightly off. In photos, this 911 GT3 RS instead appears mid-engined, not rear-engined, and thus bears a resemblance to a Cayman GT4. Either way, this 2704-piece Porsche looks like a Porsche. It’s also massively cool, and cooly massive—at 1:8 scale, the Lego 911 GT3 RS measures 22 inches long, nine inches wide, and six inches tall. 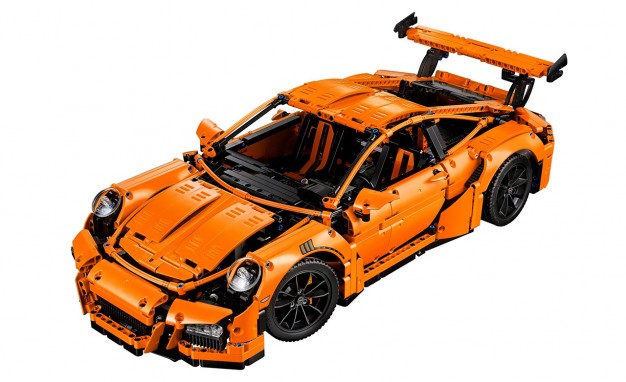 The size afforded Lego the room to fit a flat-six engine with functioning pistons, a working gearbox, and full functioning doors, trunklid, and hood. This being a Porsche, there is a matching suitcase for the luggage compartment, a serial number in the opening glovebox, and a steering wheel with shift paddles. Oh, and there are RS badges on the wheels, detailed brake calipers, and—hell, we’ll stop there because we know you already want this Lego Porsche. We’re already coming up with excuses for our significant others as to why we need this Lego Porsche, which goes on sale June 1 for $299.