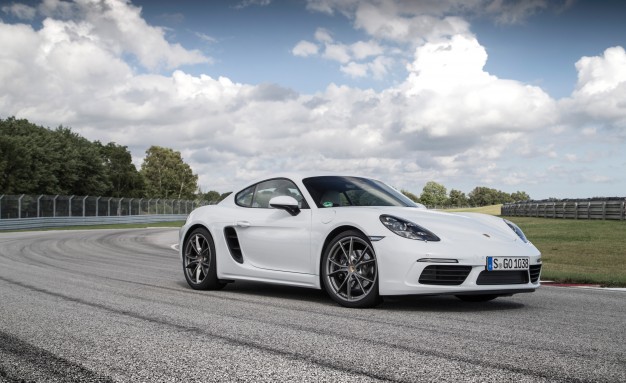 Foreign cars in China are prohibitively expensive. This forces non-Chinese automakers to form joint ventures with Chinese companies so they can escape import tariffs that would make them even pricier. Pity, then, the well-to-do Chinese who aren’t well-to-do enough to afford a top-flight sports car like the Porsche Cayman. Porsche is looking to remedy this situation with new base 2017 718 Cayman and 718 Boxster models that will start at just under the equivalent of $90,000 in the People’s Republic.

It’s sort of a deal, at about $15,000 less than the previous base model. That “magical threshold” of $90,000 (600,000 yuan) is apparently the difference between moving cars and letting them sit in the world’s fastest-growing auto market, Porsche told Automotive News Europe. Over here, that kind of price commands a 2017 718 Cayman S decked out with the biggest wheels and softest leather, not to mention all kinds of extra performance add-ons like the Sport Chrono package and Sport exhaust. 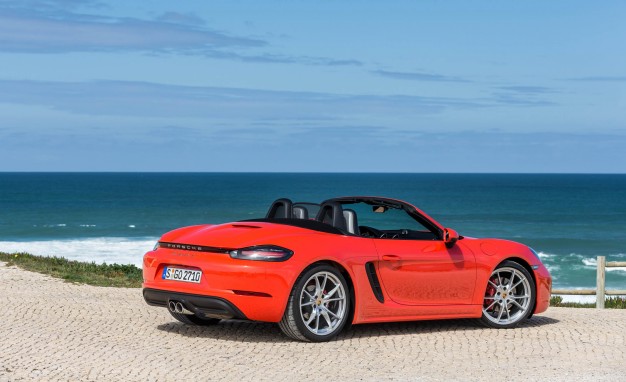 In China, however, 90 grand will grab a base Cayman or Boxster with its 2.0-liter turbo flat-four downgraded to 250 horsepower and 229 pound-feet of torque, or the same power and even less torque than a Subaru Forester XT (which also has a turbocharged flat-four). Our Cayman and Boxster—and every base 718 around the world except for China—makes 300 horsepower and 280 lb-ft. According to Porsche, those cuts add precious time to the 0 to 62 mph run for coupe or convertible, from 4.9 seconds to 5.6 seconds when equipped with the regular PDK. Top speed is lowered from 170 to 162 mph.