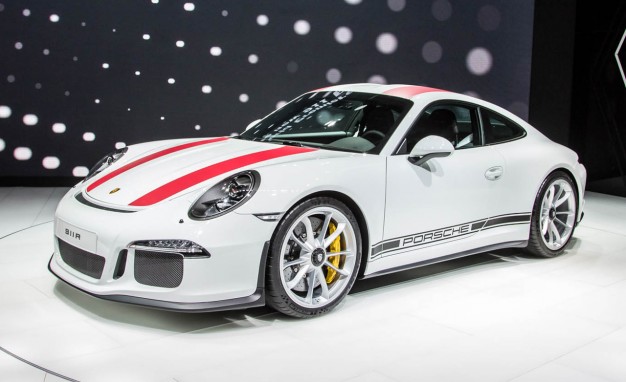 Porsche’s 911 R was easily one of our favorite cars of the Geneva auto show. Its combination of light weight, an 8800-rpm 4.0-liter flat-six, and a proper six-speed manual gearbox is just about perfect, but its development is a rather interesting story. This car is very much a response to those unhappy about Porsche’s decision to offer only the dual-clutch PDK automatic in the 911 GT3 and GT3 RS.

We spoke with Hermann-Josef Stappen, who handles technology communications for Porsche in Germany. He told us that pairing the GT3 RS’s high-revving, naturally aspirated flat-six with a manual gearbox was not planned from the outset, and he added that development for the 911 R took only a little over a year. That’s a tight timeline, even given that it simply combines several existing components from Porsche’s fabulous parts bin. The body shell is shared with the GT3 and Carrera 4, while the front splitter is from the GT3 RS. The R shares its wheel-and-tire package with the GT3, being slightly narrower than that of the GT3 RS. 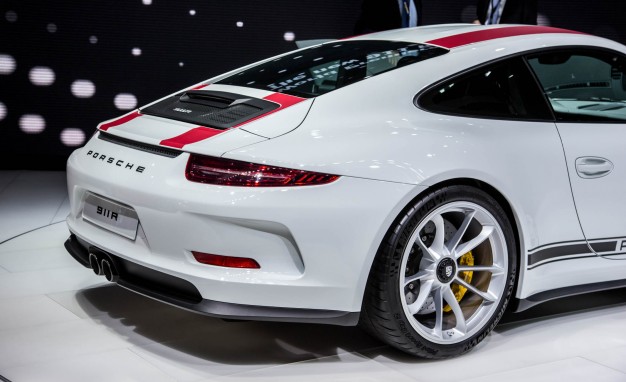 The R does boast a newly developed aerodynamic package, including a deployable rear spoiler which rises to a higher angle of attack than that of the Carrera, a change made due to the R’s additional power. The engine is the same 500-hp unit used in the GT3 RS, but the gearbox—the first six-speed manual in a 991, as the rest are all seven-speeders—was developed specifically for this car.

Porsche pitches the R as a more road-focused alternative to the track-ready GT3 and GT3 RS. The company assumes some customers will track their 911 Rs (as they should), but it thinks the R will primarily be used as a road car. The adoption of the PDK gearbox as standard unquestionably made the GT3 and GT3 RS quicker track cars, but as good as the dual-clutch ’box is in objective measures, it just can’t deliver the joyful involvement of a manual.

Porsche’s focus for the GT3 and GT3 RS clearly was to create absolute performance monsters—and in that it succeeded—but customer and media feedback essentially forced the 911 R. We’re certainly glad it’s here.

A version of this story originally appeared on Road & Track.