Some Porsche purists may still roll their eyes at the Cayenne (and the Macan), but there’s a precedent for their favorite marque building 4x4s. In a couple of weeks, a rare piece of Porsche history will roll across the block at Amelia Island as Gooding & Co. offers a 1958 Porsche 597 Jagdwagen.

Just what is a Jagdwagen? This very German-named utility vehicle was Porsche’s answer to a NATO competition to design a light army transport, created to serve the same role as the U.S. Army Jeeps of the time. The automaker, which at the time was not quite the Porsche that we picture today, came up with a light, doorless design that could seat four or five, with high approach and departure angles and a short wheelbase. Porsche’s design used stamped steel to achieve simplicity, as well as rigidity, for this small utility truck, while also giving it amphibious capability.

A slightly simplified 356 engine (mounted in the rear, of course) paired with a four-speed manual gearbox powered the 597, with the German Jeep using a number of other 356 parts bin items. 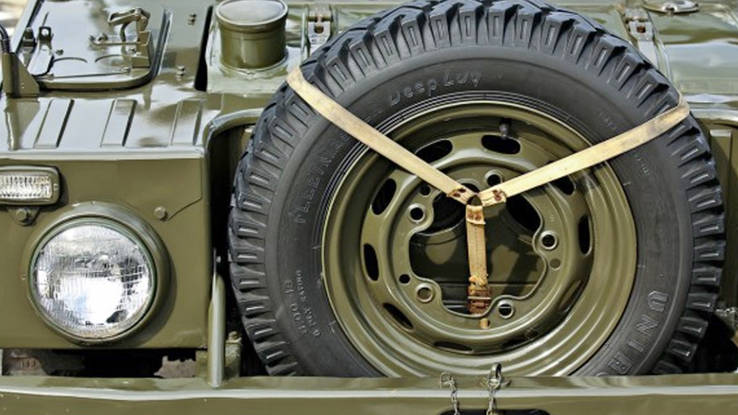 What became of the project? The reason you don’t see these on Craigslist with offers of trade for two Honda Groms and rare, X Games athlete-autographed Mountain Dew memorabilia is because NATO picked the DKW Munga over the 597. Auto Union, Porsche and Borgward all threw their hats into the ring, and for depressingly rational, Germanic reasons, NATO chose the similar-looking Munga. (The Munga was said to be cheaper to produce and simpler in engineering.)

That would have been the end of it, but it wasn’t lost on Porsche that there might be a market for this vehicle outside of the military industrial complex. The company got the idea to offer the vehicle to hunters, naming it Jagdwagen, or “Hunter’s Car.”

Porsche built approximately 71 examples of the 597 between 1955 and 1958 — not exactly an assembly line effort. Gooding & Co. notes that only about 15 of these are still around. And this particular one, with chassis No. 597000148, is believed to be one of the most original out of the remaining examples.

The Department of Defense awarded the contract for the successor to the Humvee to Wisconsin-based Oshkosh Corp. truck manufacturer, Reuters reports. The contract, worth up to $6.75 billion, would see … 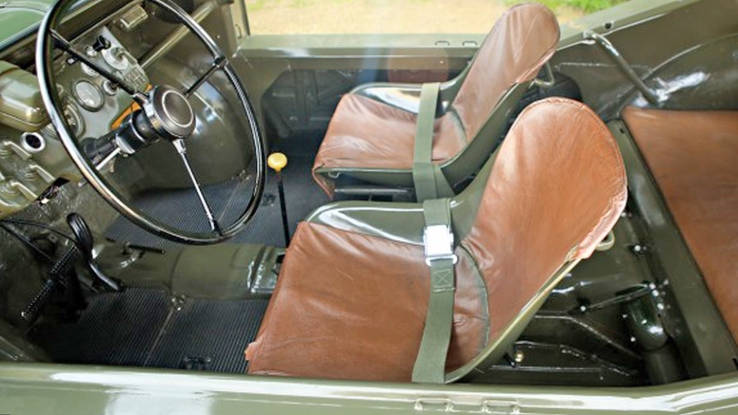 NATO went with DKW’s version because it was simpler mechanically. Photo by Gooding & Co.

Just how did this 597 survive? Its first owner was Wendell Fletcher of Pasadena, California, who received the Jagdwagen in the usual course of business. Fletcher was Porsche’s North American distributor for industrial engines. Porsche is said to have supplied the Jagdwagen as a sales model, and Gooding states that Fletcher made an effort to market the vehicle to military buyers, as well as dealerships. Fletcher didn’t have much success with that, as you’ve probably guessed by now, but he did keep the Jagdwagen in original condition, only parting with it in 1987.

Most recently, the Jagdwagen has been in Jerry Seinfeld’s collection, and he’ll be auctioning it along with a number of other Porsches. 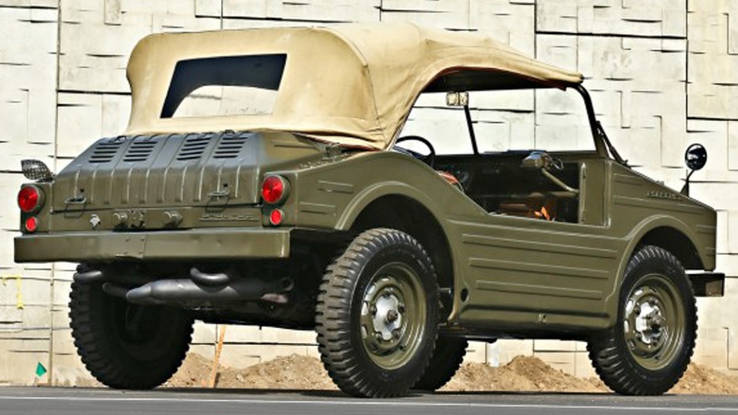 Gooding & Co. estimates that this Jagdwagen will bring between $350,000 and $425,000, though there isn’t exactly a well-tracked value for this model. Any Porsche completists in the crowd or on the phone will be looking to buy.

We hope its new owner will drive it instead of letting it sit in a climate-controlled garage for another few decades. Spring is around the corner, and this is a Porsche convertible. Might as well enjoy it.