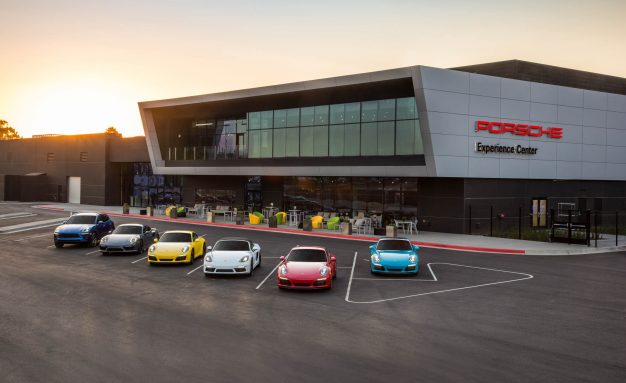 California and Porsche go together like peanut butter and jelly. The West Coast has been hugely important to Porsche’s North American business for decades, with the relationship between the two going all the way back to the 1950s, when the 356 gained Porsche a loyal following out west. Fast forward to now, and California makes up 23 percent of all Porsche sales in the U.S.—or, as Porsche puts it, if California were its own country, it would be Porsche’s fifth-biggest-selling market globally.

So it’s no surprise that Porsche is opening a $60 million Experience Center in the heart of Porsche country: Southern California. To be more specific, the new Porsche Experience Center Los Angeles (PEC LA) is in Carson, about 15 miles from LAX and ideally placed halfway between downtown Los Angeles and Orange County along the 405 freeway. The PEC LA is the fifth facility of its kind, following similar centers in Leipzig, Germany; Silverstone, England; Le Mans, France; and Atlanta, Georgia, where Porsche’s North American headquarters are located. 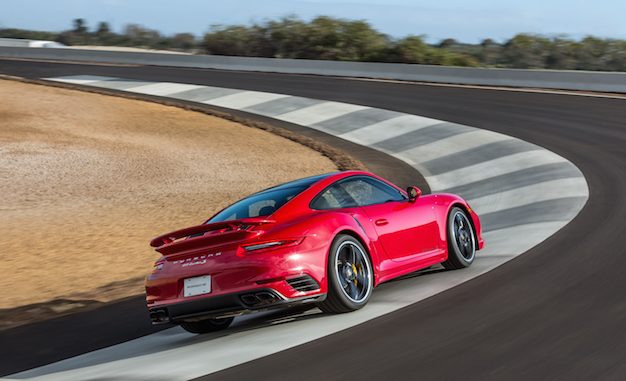 Visitors to the new PEC are greeted by a 50,000-square-foot modernist building that houses conference rooms, meeting spaces, a large lobby with numerous Porsche models on display, an upscale restaurant called 917, and a gift shop. But the fun of the PEC’s 53-acre complex is found in its 4.1 miles of track (built on a former golf course) just behind the building. The various sections of track are home to all sorts of exciting activities, from launch control demonstrations on a nearly one-mile straightaway to a technical handling course to a re-creation of the Nürburgring racetrack’s famous “carousel” to low-friction surfaces meant to teach the basics of car control. There’s also an off-road course to show off the impressive capabilities of the Cayenne and Macan SUVs—yes, they’re real Porsches, too.

Beyond the fun and games, Porsche’s Motorsport North America department also inhabits the PEC LA building, which lends some seriousness to the place. Not only does this department support GT3 race efforts across the United States, but it also offers restoration and parts services for owners of historic race cars. When we visited the PEC, legendary cars such as a Gulf Livery 917 K racer, a Le-Mans–winning 962 race car, a 959 Group B concept car from the Porsche museum, and an RS Spyder racer were all prominently displayed.

If seeing these bits of Porsche history seems like enough of a reason to visit PEC LA, then you’re in luck, because the building is open to the public Tuesday through Saturday from 8 a.m. to 5 p.m.—but that’s just where things get started. The center offers numerous track experiences, ranging from $385 for 90 minutes in a 718 Boxster to $950 for 90 minutes in the alpha-dog 911 Turbo S and 911 GT3. The rates may seem like a lot to your average Joe, but given that leather-covered air vents cost $1720 extra in a 911, true Porsche lovers should be more than willing to shell out the cash.