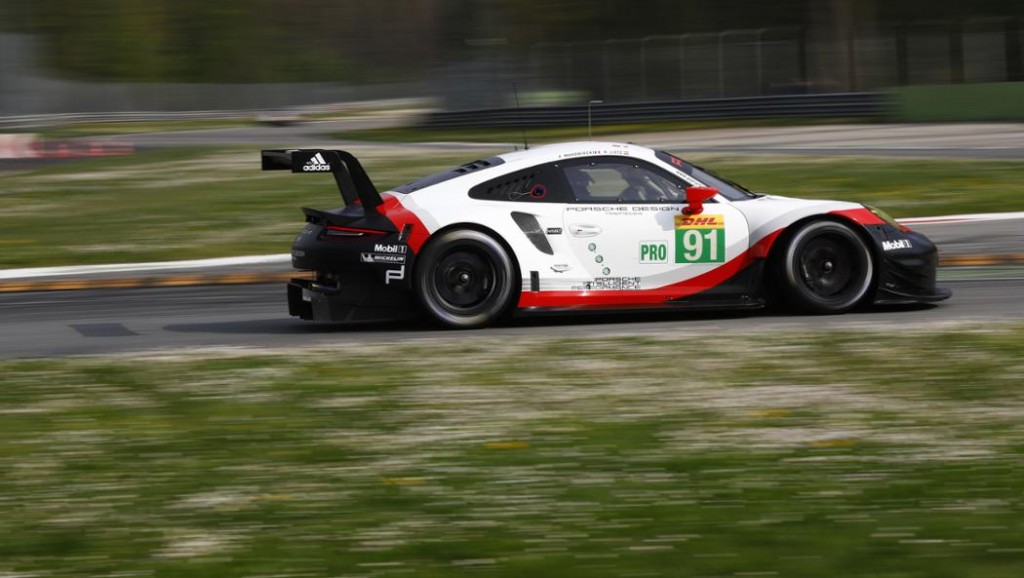 The Porsche GT Team works driver lineup for the Le Mans 24 Hours is complete: Patrick Pilet (France) will support Richard Lietz (Austria) and Frédéric Makowiecki (France) as the third driver in the #91 Porsche 911 RSR at the world’s most famous long distance race. Dirk Werner (Germany) shares driving duties with Michael Christensen (Denmark) and Kévin Estre (France) in the number 92 cockpit. “Choosing the drivers for the most important race of the year was actually easy,” said Head of Porsche Motorsport Dr Frank-Steffen Walliser. “Our driver squad is so strong we basically couldn’t make a mistake. Patrick Pilet and Dirk Werner are the perfect complement to our regular team members. It is definitely an advantage that they all know each other very well from the races in the USA. We’re in an excellent position for Le Mans with these drivers.”

At the beginning of the two-day Prologue on the storied racetrack in Lombardy, the Porsche 911 RSR fielded by the Porsche GT Team delivered a strong performance. During the morning session, Michael Christensen and Kévin Estre clocked the fastest time in the GTE-Pro class with the number 92 vehicle, and they were the quickest again in the afternoon. For their team colleagues, Frédéric Makowiecki and Richard Lietz, third place in the second session of the day was the best placing. The Porsche customer teams campaigning the 911 RSR in the GTE-Am class also did well. Gulf Racing with the all-British driver lineup of Michael Wainwright, Ben Barker and Nicholas Foster occupied first place in both sessions. Dempsey Proton Racing with Porsche Young Professional Matteo Cairoli (Italy), Christian Ried (Germany) and Marvin Dienst (Germany) set the second quickest time.