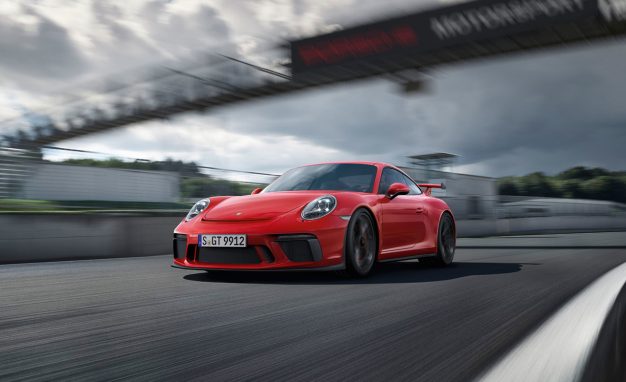 The 2018 Porsche 911 GT3 heralds the return of the good old-fashioned manual transmission to the GT3 model line. The revived row-it-yourself gearbox will be the optional transmission on the new 500-hp 911, with the dual-clutch PDK ’box being standard.

Fortunately, Porsche won’t ask consumers to pay more for seeking the satisfaction of an H-pattern shift lever and an additional pedal in the footwell, as the GT3’s manual transmission will be a no-cost option on the $144,650 sports car. (Of course, the norm used to be that manual-transmission versions of cars were cheaper, but those days are mostly gone.) The man in charge of Porsche’s GT model line, Andreas Preuninger, estimated that 40 percent of GT3s sold worldwide will be fitted with the manual transmission, while he also predicted that U.S.-market GT3 sales will be split evenly between the two transmissions.

The 2018 Porsche 911 GT3 reaches U.S. dealerships this fall. Choosing the manual transmission may not add anything to the GT3’s price, but there’s no doubt that the car’s options sheet will be packed with plenty of extra-cost goodies in true Porsche style.