“We need to take care with the cover”, cautions Ewald Pfurtscheller from Porsche Museum workshop – “it’s a bit delicate”. He’s referring to the glass-fibre reinforced plastic lid that conceals the narrow Speedster roof, and its two characteristic humps.

The release lever is rather scrawny. It has a Bowden cable connecting to two small hooks that in turn are attached to the large red cover that protects it from the powerful airflow created when driving. The problem: The fit isn’t exactly seamless. It needs a bit of encouragement, and a second person is handy. A little pressure here, a push in that direction – this is what it takes to persuade the mechanism to get down to business.

After that it’s plain sailing: lift and unhook the roof buttons; place the rear window on the roof; release the two hooks on the windscreen; fold back the roof; and then close the large red cover again. 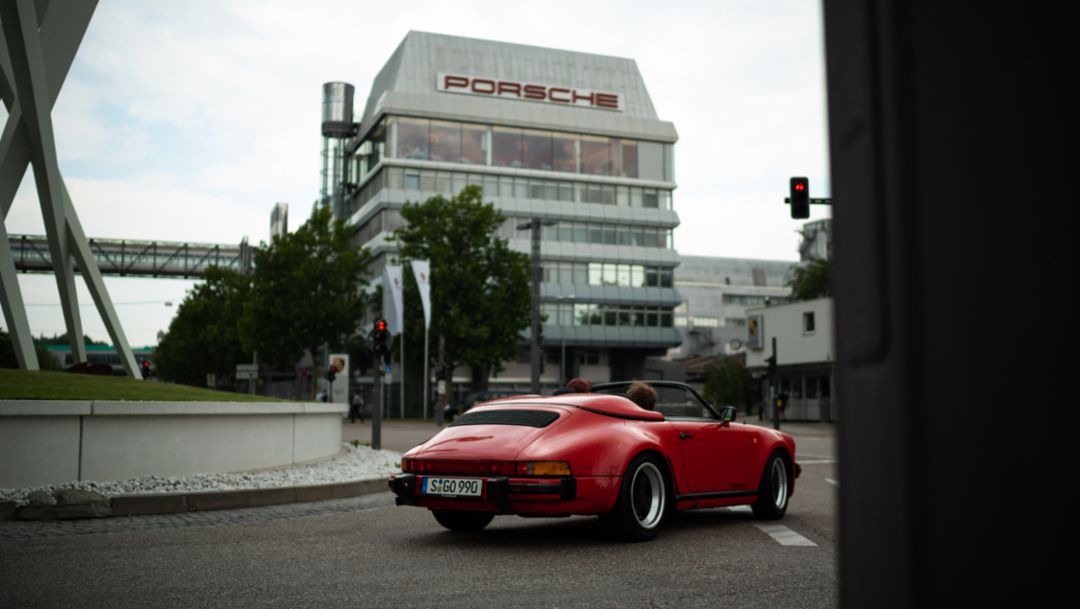 With 26,000 kilometres on the clock, it seems almost a shame to take the red 911 Carrera 3.2 Speedster on a long journey. But it has a good 1,200 kilometres ahead of it as it makes the journey to the Goodwood Festival of Speed, which we have quickly christened the #festivalofspeedster, to answer the age-old question of why exactly the Speedster inspires such fascination. 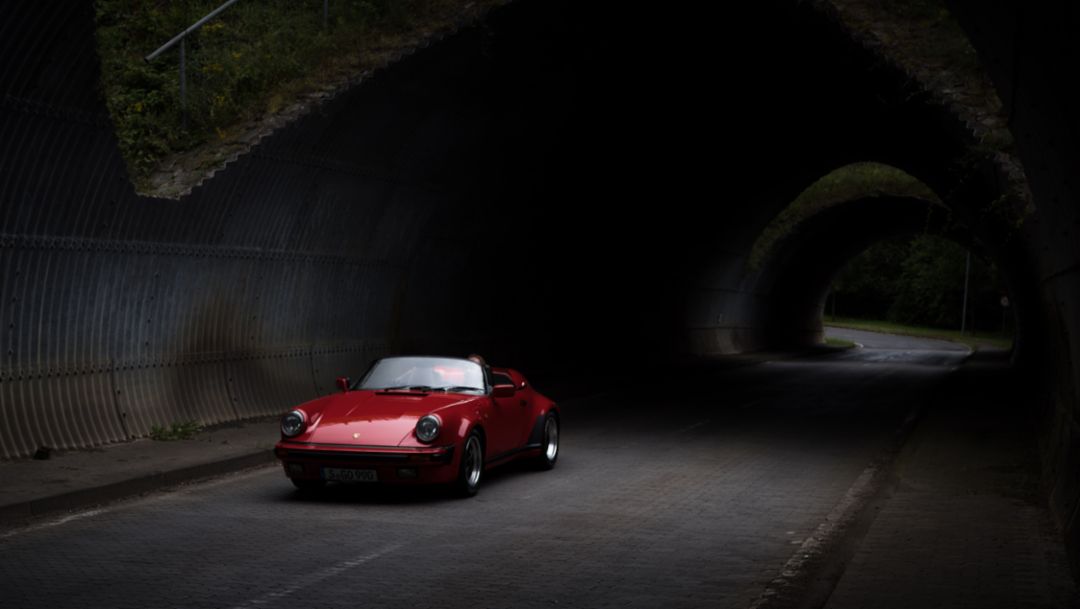 The first answer to this question may be somewhat surprising: The Carrera 3.2 Speedster is insanely comfortable – when it comes to the seating at least. The seats, borrowed from the 911 Turbo and upholstered in multi-coloured grey, are virtually unused. They are a snug fit for the driver, but the upholstery is also unbelievably soft and offers a sensation that we have totally forgotten in these times of the ubiquitous leather seat. 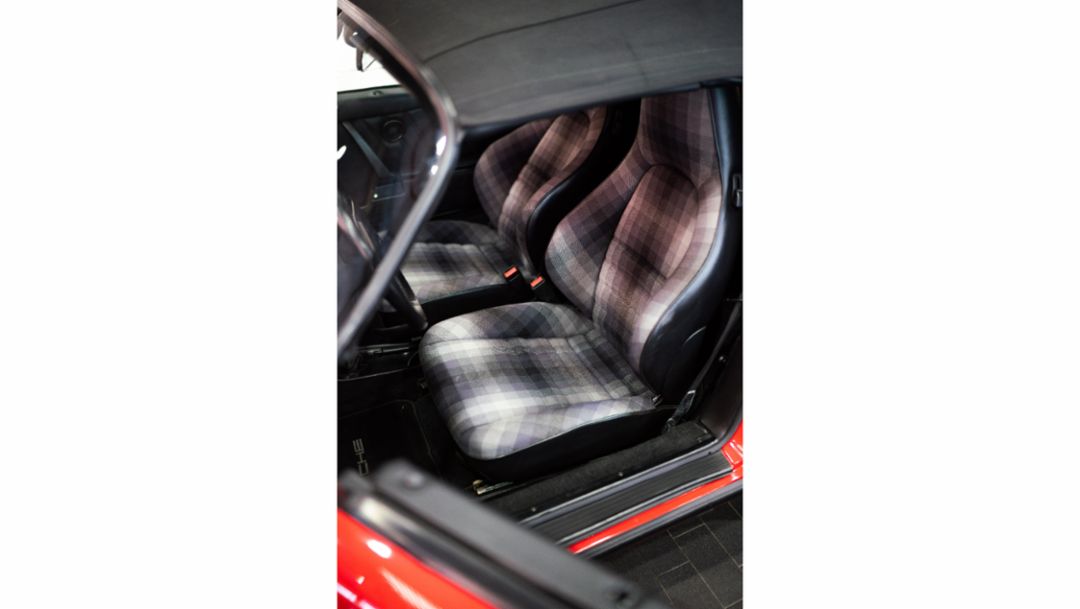 The second point is that the Speedster experience is not necessarily any windier than a drive in a Cabriolet. The shallow Speedster windscreen sits at just the right angle and, combined with the shorter side windows, helps direct the airflow over the top of your head. True, your hair may be a mess, but you’re certainly not sitting in the eye of the storm.

Provided the 3.2-litre flat engine has been warmed up properly that is. Once the oil temperature passes the thermostat mark at the 9 o’clock point, the six-cylinder engine can finally show us what it can do – and the answer is “a lot”. The power of the 231 hp unfolds with imposing efficiency, reaching 5,000 revs with barely a pause for breath – and it’s still got more to give. The throaty howl when the Carrera is crying out for a gear change at 7,000 revs is simply breathtaking.

We have now arrived in the Eifel region, leaving the Nürburgring behind us on the left and carving our way through the country lanes that snake beautifully through the idyllic scenery. This is where the Speedster comes into its own. The modified chassis and larger track width still have something to offer even today in conjunction with modern tyres. The low-lying Guards Red vehicle, despite the poor condition of the brake pads, is also surprisingly easy to control – and it’s achieved without adaptive chassis control or any other digital trickery.

The charm of the Speedster is in its authenticity, its purity and its simplicity. It has less to draw on, yet delivers more. Even when the heavens open on a Belgian motorway: no need to panic! The airflow above the windscreen keeps the rain well away from the occupants – as long as you’re not driving any slower than 120 km/h. But that would never happen anyway, right? We’re driving a Speedster, not a Slowster! 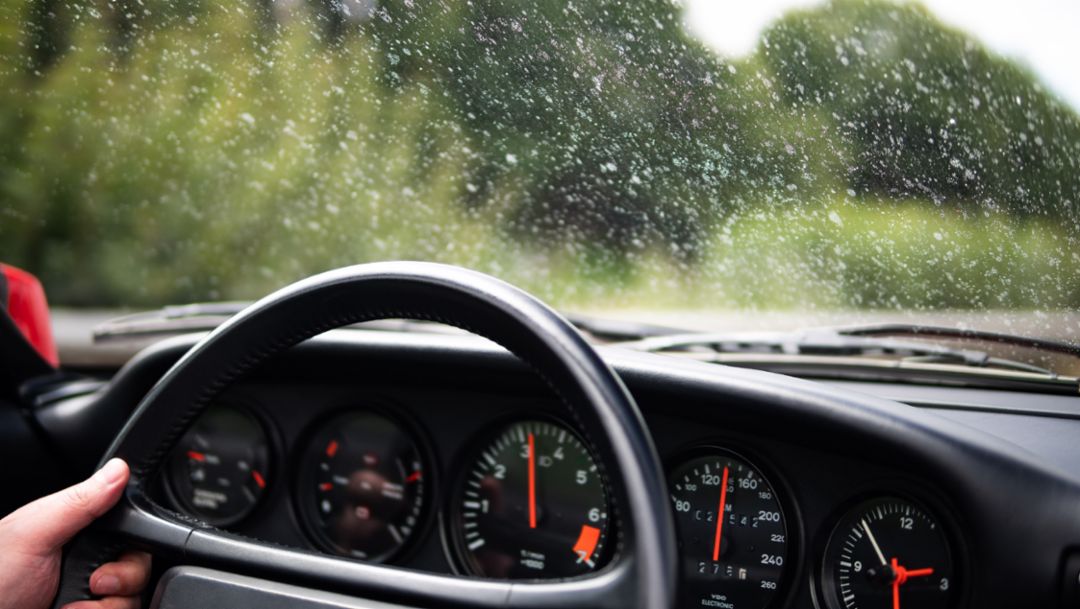 After the ferry ride, during which we had the opportunity to appreciate the perfection of the Turbo-Look aesthetics from the deck, there are still a good 130 miles to cover before we get to our destination. We don’t even consider taking the motorway; instead our route takes us through narrow, winding country lanes. The Speedster dances its way past foxes, deer and other curious creatures attracted by the voice of the air-cooled flat engine, tackling hairpin bends and making you wish the journey could last forever. 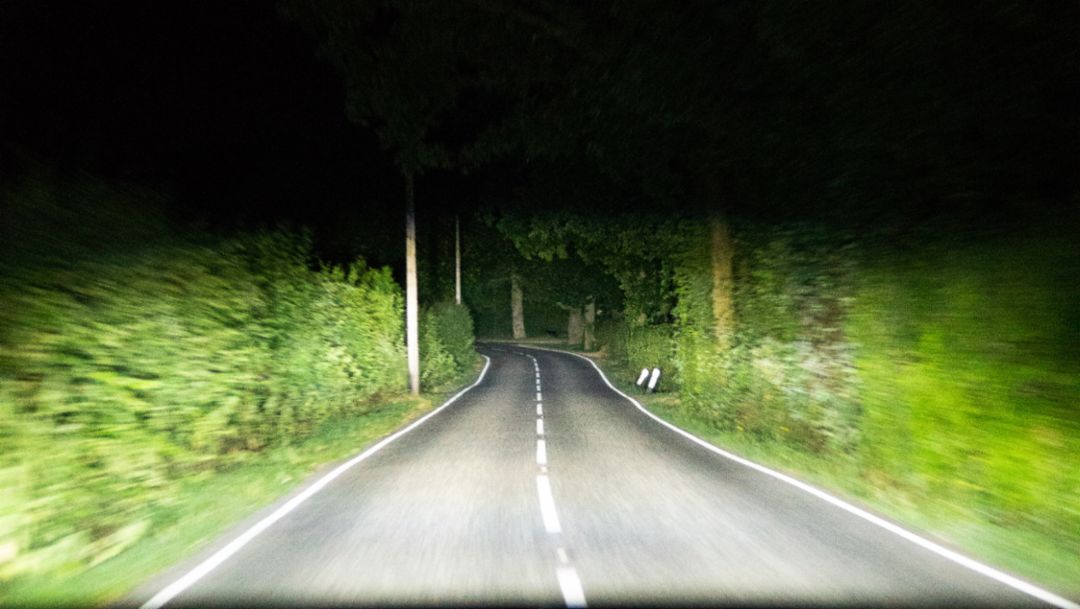 Driving for the sake of driving. For the pure joy of it. Unvarnished. Raw. That is the appeal of the Speedster. And you soon get used to fiddling with the convertible top. 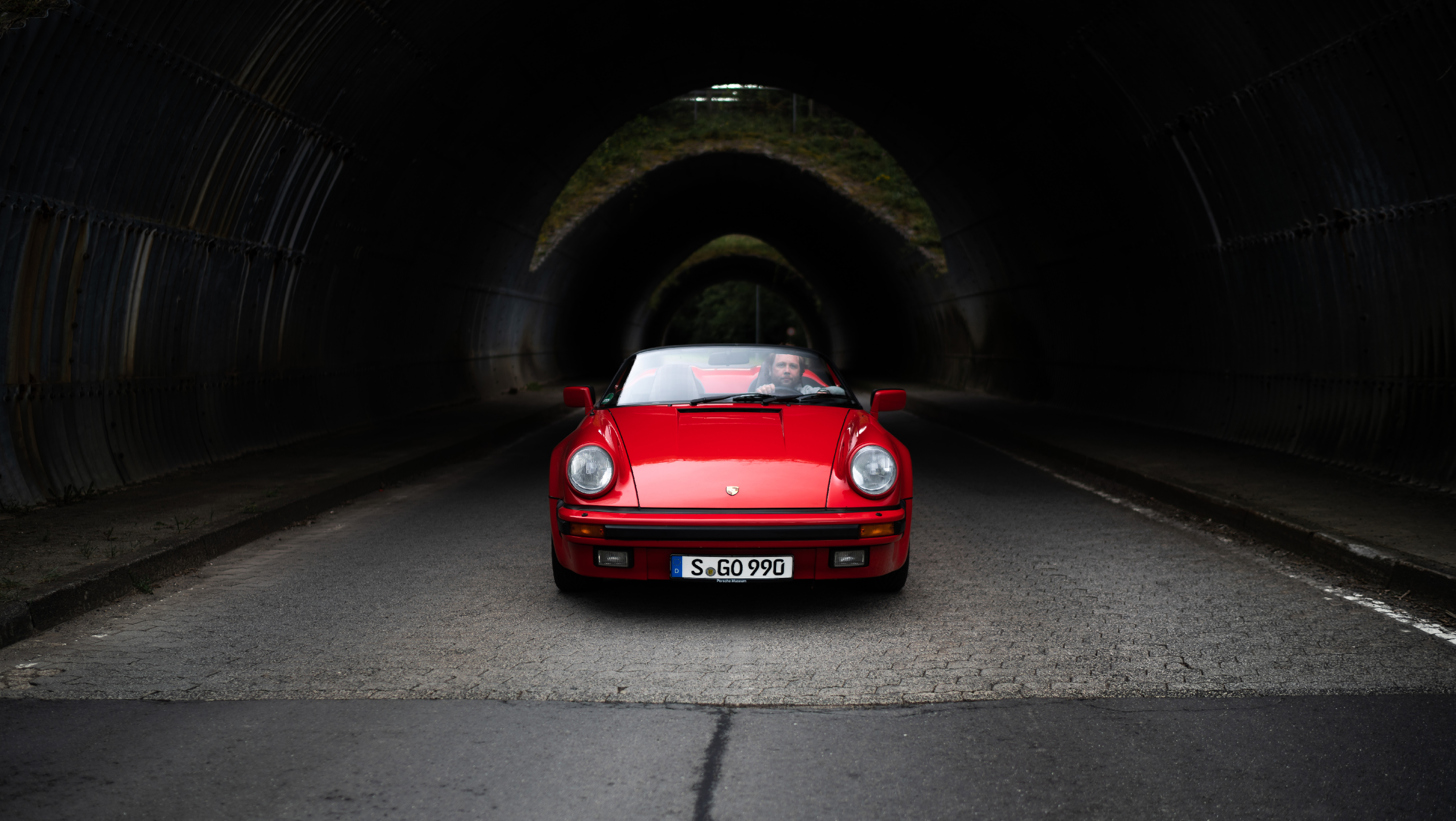 The Goodwood Festival of Speed takes place between 12-15 July this year, with the action centred around the notoriously challenging 1.16-mile Hillclimb course running through the centre of the event. The Festival is renowned for attracting the rarest and most exciting road and race cars and motorbikes ever created, and the 25th running of the event in 2018 will be no different.

Goodwood has announced that Porsche is to be the honoured marque at the Festival of Speed, which this year celebrates its 25th anniversary. The announcement coincides with Porsche celebrating the 70th anniversary of the creation of its very first sports car – the 356.

The Porsche Speedster perfectly fits the spirit of this year’s Goodwood Festival of Speed.

At the Goodwood Festival of Speed, Porsche showcases a whole series of highlights from 70 years of sports car development.

Porsche is to be the honoured marque at the Festival of Speed, which this year celebrates its 25th anniversary.