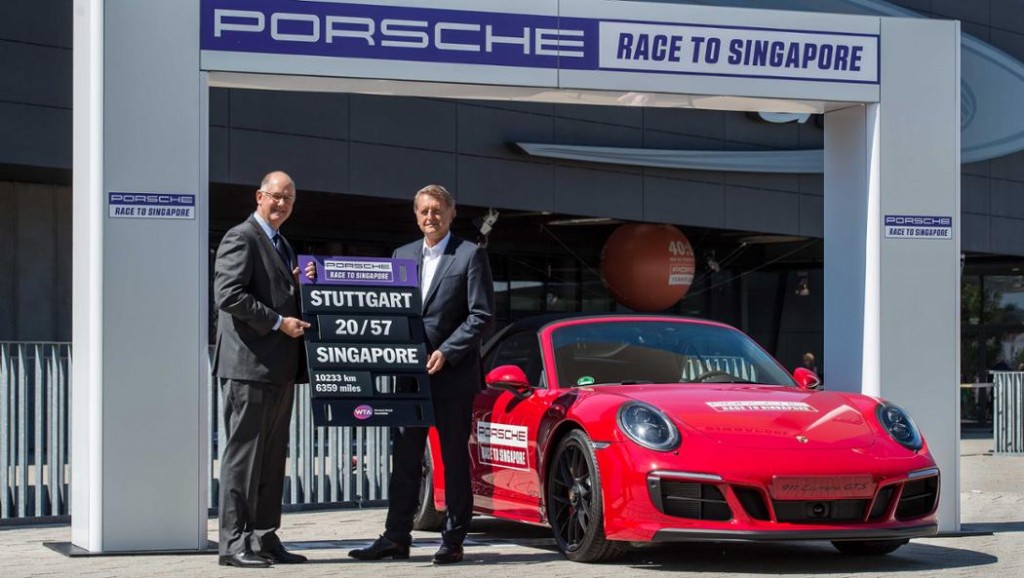 “The title sponsorship of the Porsche Race to Singapore contributes to the internationalization of our engagement in women’s tennis. It intensifies our successful partnership with the WTA and enriches it with a new attractive element,” said Detlev von Platen, member of the Executive Board responsible for Sales and Marketing at Porsche AG. “Alongside our national activities and the Porsche Tennis Grand Prix’s worldwide presence, this new element provides value and visibility throughout the entire year in women´s tennis.”

“The WTA is delighted to strengthen its long-standing relationship with Porsche,” said WTA CEO and Chairman Steve Simon. “Porsche has supported women’s tennis for 40 years and we look forward to now creating a global footprint for the brand’s association with the WTA.”

Cooperation with the WTA

Porsche has been engaged in women’s tennis since 1978

The “Porsche Race to Singapore” is currently led by the Czech Karolina Pliskova, with victories in Brisbane and Doha. Caroline Wozniacki occupies second place after finishing runner-up in Doha, Dubai and Miami. Johanna Konta, the Miami winner, is third.

Porsche has been engaged in women’s tennis since 1978. Initially as the title sponsor of the Porsche Tennis Grand Prix and from 2002 as the organisers of the tournament, which has regularly been voted as the players’ favourite tournament on the WTA Tour. The roll of honour includes greats such as Martina Navratilova, Martina Hingis, Maria Sharapova and Angelique Kerber. As a partner of the German Tennis Association (DTB), Porsche has, since 2012, been supporting Porsche Team Germany in the Fed Cup and Porsche Talent Team Germany in which young up-and-coming players are helped on their way to top of the game. Porsche has been the official automotive partner of the WTA Finals since 2015.