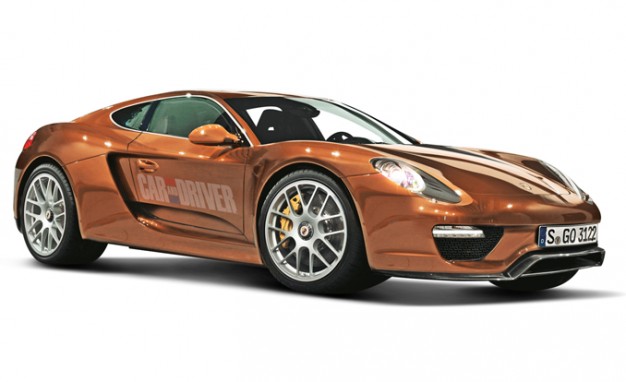 Three years ago, we suggested that the world would see Porsche’s new mid-engined Ferrari 488 fighter in 2017. Two years ago, we reported that the car would feature a flat-eight, and we traced the Volkswagen unit’s history with the engine configuration. The latest word on the street suggests that, while a turbo flat-six was mooted, the eight-cylinder unit is indeed slated for duty in what’ll likely be known as the 960, and that we should see it in 2019. 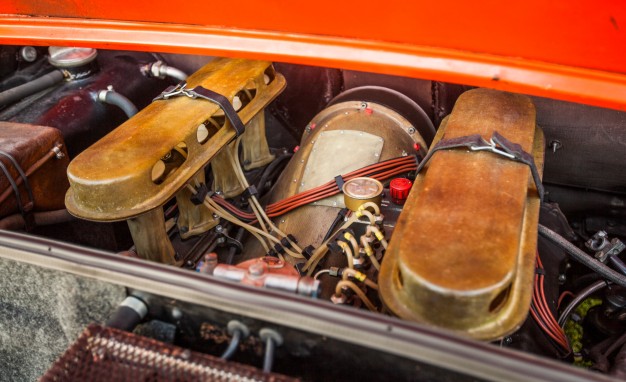 According to a report in the U.K.’s Car, the new engine has been stuffed into a Cayman for testing. One might remember that Zuffenhausen built a 964-bodied mid-engined prototype when the original Boxster was under development, so the Übercayman isn’t exactly a shocking development, even as it stirs memories of Ferdinand Piëch and Ferry Porsche’s horribly cool 908-powered 914/8s. According to Car, citing trademark filings by Porsche, the new engine features something called VarioCom, which the publication takes as an implementation of variable engine compression, which would allow the motor to operate consistently at peak power and efficiency without danger of detonation.

The powerplant in the modified Cayman allegedly makes around 650 horsepower; rumors suggest that it packs four turbochargers, à la Bugatti Veyron or Chiron. The new 718s make do with single turbochargers bolted to their boxer fours, while the 991.2-generation 911s feature a pair of snails spitting air into their flat-sixes. Put another way, the 718s get a turbocharger for every four cylinders, and the 911s see a turbo for every three cylinders, while the 960 will have a forced induction unit for every two cylinders. We assume that if Porsche ever launches a 960 Turbo, it’ll offer a turbocharger attached to each cylinder. That’s probably a terribly wrongheaded assumption.

As for the rest of the car, it seems to track with what we’ve previously reported: It’ll be built on VW’s new modular sports-car platform, which is supposed to underpin everything from the next 718 to the third-gen Audi R8 and whatever bull supplants Lamborghini’s Huracán. Given that both the R8 and the Huracán feature all-wheel drive, and two of Porsche’s last three super-supercars have had four driven wheels, expect the 960 to follow the trend. Also expect a lightweight, rear-drive, decontented version. Which you’ll undoubtedly pay more money for, because that’s the way the currywurst tends to crumble in Stuttgart.